Condor Projects were hired by STEM Construction to stabilise a seventy-metre length section of the north bank of the Manchester canal as subsidence had occurred which had reduced the stability of the path used by walkers and cyclists along the canal.

Condor Projects had completed a similar job for STEM at the tail end of 2020 so were approached to stabilise this bank after we had been impressed with the work done on the prior project.

It was decided that the best solution to this problem was to install a series of soil nails that are flushed with grout while they are installed to the required depth. This allows the anchor to bond with the ground surrounding it using the grout as the bonding element thus improving the overall strength of the bank. 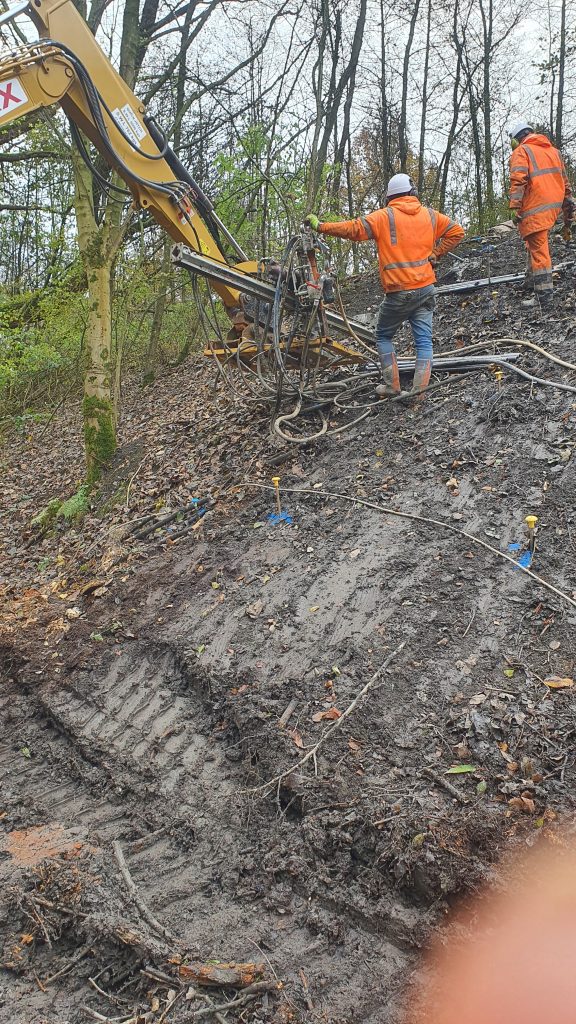 Once all the anchors had been installed, the next step is to lay a specially designed steel mesh over the entire face of the bank. This mesh was used due to its strength and flexible design which in effect melds to the contours of the bank producing an aesthetically pleasing finish and allowing plant growth to happen. Once the mesh had been affixed it is secured to the anchors by a plate and nut being fixed on each individual anchor.

Condor Projects had deemed four weeks sufficient time to complete the works however due to STEM requiring to give the site back earlier than anticipated, Condor completed the works in three weeks. A fantastic effort from everyone involved and a brilliant way to end a difficult but rewarding year.

Condor Projects have a busy start to 2022 with jobs starting in Durham and Halifax beginning in January.