Condor Projects have been hard at work over the past month installing mechanical anchors into the retaining wall at the base of Lincoln Castle’s west bank. All anchors have been installed to depth required. 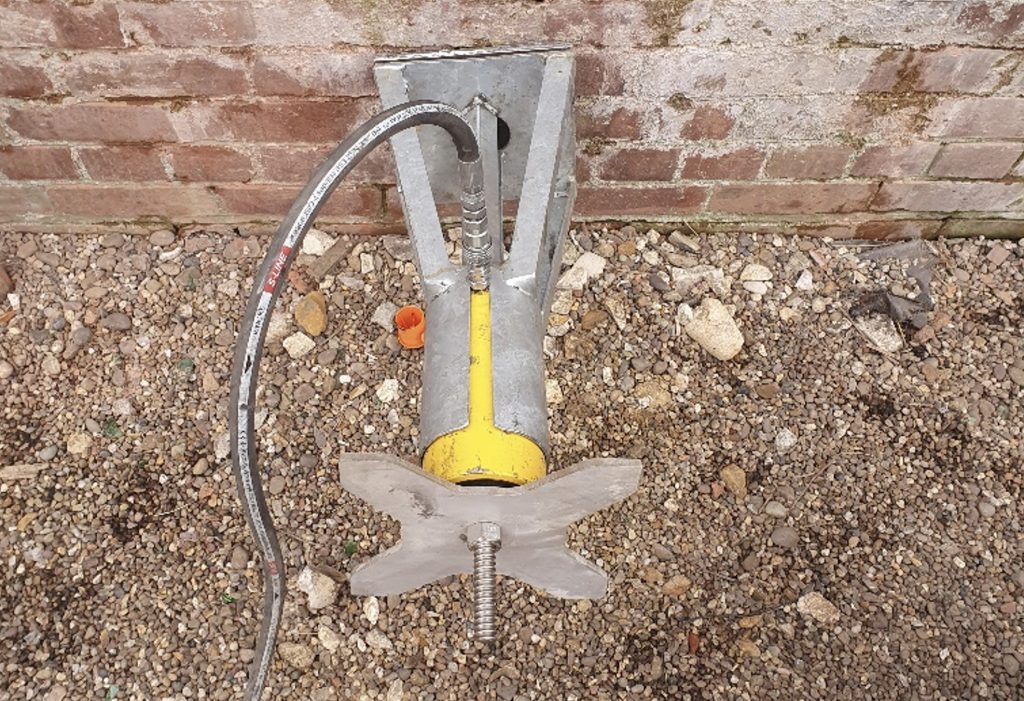 Force is applied to the ram (Yellow Jack) via hydraulics to pull on the bar which turns the anchor head. Force is applied until the bar is loaded to two tonne of pressure. The load locker is then removed from the anchor bar and a stainless-steel plate and nut are secured on to the pressured anchor bar. The bar is then cut flush with the nut to give an aesthetically pleasing finish.

Condor Projects has an exciting week ahead as the operatives will be starting work on the slope itself, allowing them to use their newly acquired skills as IRATA trained operatives.

Keep on the lookout for our next update.