Condor Projects have got off to a great start on the stabilisation works for Lincoln Castle. Condor Projects have been tasked with stabilising the west bank of the castle after it slipped last year.
The works have been split into two sections; the first part of the project is to install mechanical anchors into the retaining wall at the bottom of the slope.
This is done by firstly coring the retaining wall by diamond drilling until the operatives have drilled through the wall and are hitting the soft clay behind at the base of the slope. The average depth was 900mm until hitting soft. 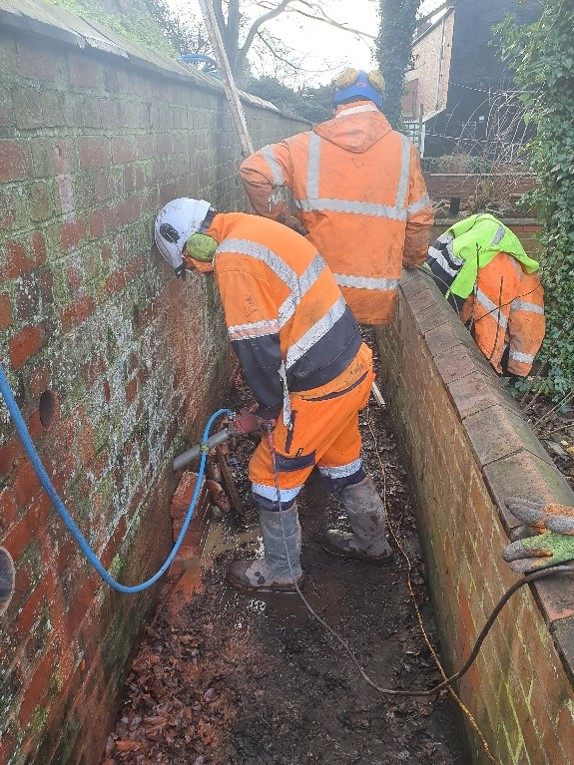 Once the operatives had cored a significant amount of holes, the mechanical anchors which are custom made at our home base by our team of engineers were installed. The anchors are to be installed to a depth of 3m and then set to a working load.

To allow easier installation the anchors are cut to a more manageable length of 1.5m and installed in two sections coupled together.

Condor Projects had a productive first week having fifty holes cored to depth and mechanical anchors installed to 1.5m depth to stop any holes collapsing.
Condor Projects look forward to making similar progress in the weeks to come.