Condor Projects were awarded the contract to stabilise a retaining wall using duck bill anchors and pattress plates by Jacobs Ringways, the work was based on a farm just outside of Macclesfield. The work needed to be done was threefold.

To provide maximum stabilisation it was decided to have two rows of anchor points, seven on the bottom row and six on the top row. The points were staggered to give the most coverage. Due to the design of our bespoke anchors, it was decided that stitching the holes would be the best solution. Stitching is where two holes are cored with a slight overlap to provide a larger continuous hole. This method was chosen due to the client not wanting to core into any bricks either side of the chosen brick. Stitching provides us with a wider hole without having to go into brick above or below.

Condor had to core to a depth of between 600 – 900mm to reach the sub ground behind the wall. 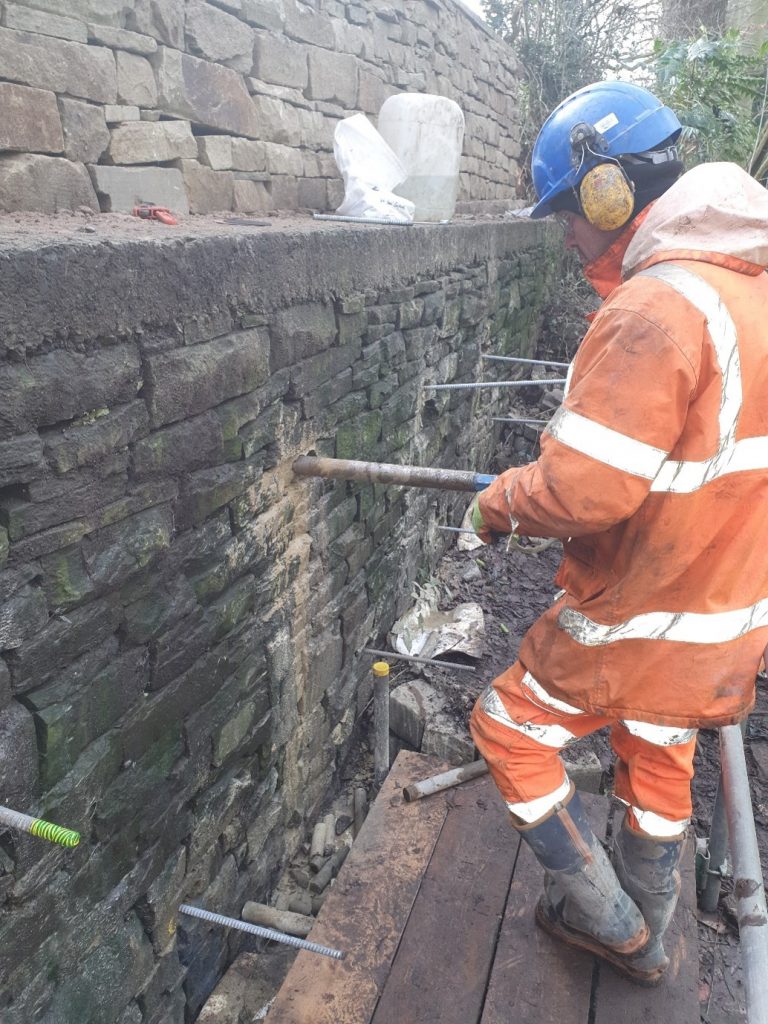 Once all holes had been cored, the next stage of works was to install the bespoke duck bill anchors which are made at Condor Projects home base. The process for doing this starts with placing the anchor with attached drive bar into the mouth of each hole. Condor then using a specially modified breaker, hammer the anchors into the required depth given by the client. This process was repeated until all anchors had been installed. These anchors help to reduce time needed to be installed due to the fact that unlike other duck bill anchors, the drive rod is part of the anchor and stays in the ground which streamlines the whole operation. 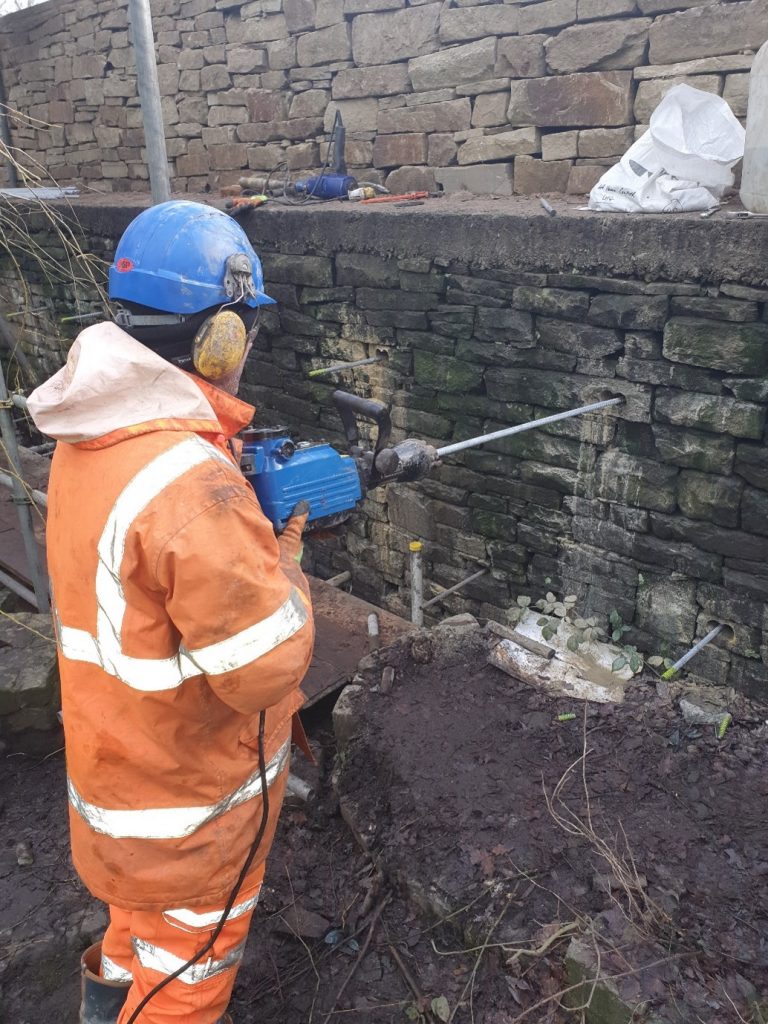 The final stage of works was to affix the pattress plates securely and tightly to the retaining wall. This was done by screwing the plates onto the threaded bar and tightening them until they were flush with the wall. If any of the plate was not tight with the wall, the team used a hand mix of rapid set and normal cement to secure the plates. This was especially well done by the team as the conditions were not optimal for cement work.

Condor Projects were given a timeframe of seven working days to complete the job, however, due to the hard work and efficient use of materials the team managed to complete the works in three days. This allowed the main contractor to carry on with subsequent works much quicker than expected.